OEMs need to add value to their Channel Partners 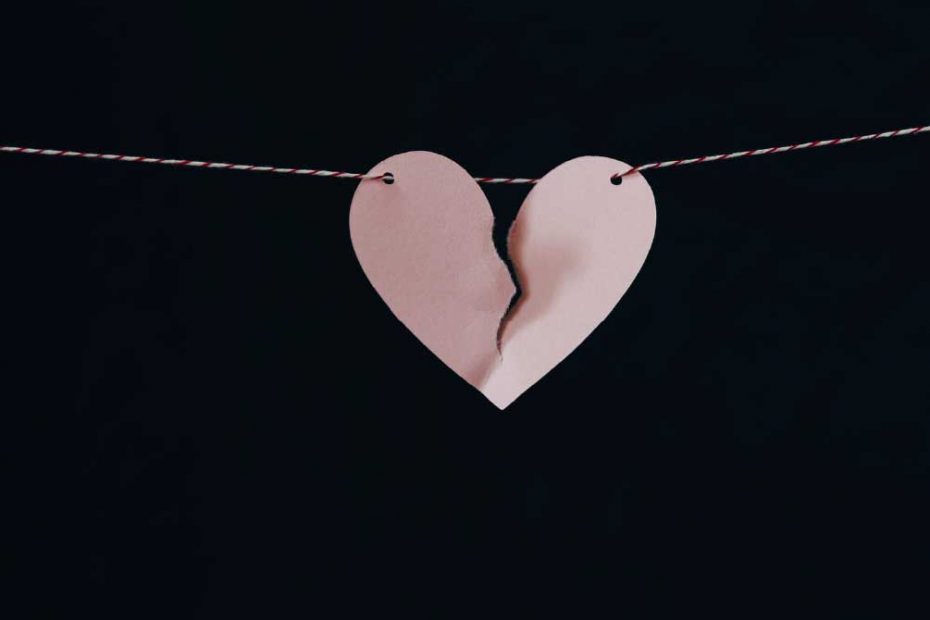 When times are good, markets are booming and industries are growing as the saying goes “the rising tide raises all boats” OEMs often look at their channel partners as a tactical part of their go-to-market plan and not necessarily strategic. With increasing market pressures and new competitive solutions, we’ll look at Why OEMs need to add value to their channel partners in ways they traditionally haven’t.

In fact, most OEMs rarely really consider if they need to truly need to add value to their channel partners. Partners aren’t on payroll and are after all a sell or starve way for the OEM to reach more customers and share a piece of their profits for doing so. Behind closed doors in many companies, there is often a debate about this expanded sales force necessary evil. In fairness, the reseller’s importance varies based on who is leading the company and their sales efforts and what their needs are. And yes some companies, even the ones who squeeze their partners the hardest are dedicated advocates for their partners and choose to view them as an extension of their own sales force.

What does “being in love until you’re not” have to do with OEM’s, go to market strategies, channel partners, and sales? Everything because things change over time

and OEM’s relationships with their partners are no different. Some if not many OEM’s get greedy, opportunistic, or are at the very least not committed enough for a partner to build a single product practice around.

The small guys who sign up; in the early days and help take a company’s products to a wider market are often much less sexy to that OEM as they grow. The world has changed in recent months and perhaps rightfully so. Long gone are the times where it is merely the OEM who moves on. If their brands aren’t committed, contributing to the bottom, and adding value to their channel partners then the partners are moving on.

“Fred in a shed” or “two Joe’s and a truck” have their place but as an OEM’s ambitions grow so does their need and ego when it comes to working with new and bigger partners.  They say things about commitment, about a partner’s ability to scale, how “lifestyle resellers” aren’t in line with their corporate goals. Often they fail to realize that the price of admission to national and global players are a spot on a line card, the occasional lunch and learn, and high ticket pay to play events with their other 300 lines.

To be brutal OEM’s view of the partners who signed on with them in the early days is like those of us who sneer at the kid we were in middle school.  Yes, we were dorks, going through some strange growth phase (mine was gangly with a big nose I mostly grew into). Those partners that helped them get to a market they may no longer serve or care to lead in or worse yet have begun to take for granted.

Perhaps the brand has moved its offers upstream to the great and glorious land of “enterprise Customers”. They are now focused on chasing the unforgiving quest of forever increasing revenue and profitability growth and courting fortune 1000 accounts as a sign of their arrival as a player in their category. That is all fine and well but the latest set of business shifts have made partners realize just how many of their predecessors have abandoned loyalty to a single brand as a way to diversify their own revenues and profitability. As the saying goes payback is a bitch and scrutinizing the value the brands they resell add to them.

It’s a feast or famine, do or die model for the partners. No sales, no rewards, and history shows all businesses channel partners are no exception have to evolve. OEMs can no longer claim a deal reg process, a portal, product and technical certifications as adding value to their channel partners. They were always.

When your OEM “was” King, the King is dead and so is your business.

Traditionally the advantage was solely in the favor OEM. Their partners would come and go but in the process, they would build up a network of fiercely loyal resellers who would follow their lead, decry other brands, and build their entire businesses around one marquee OEM player. That loyalty used to be rewarded with deeper discounts, recurring revenue streams, and highly profitable services, installation, and maintenance business.  Until the OEMs decided that they wanted a bigger and bigger cut.

Not just niche players but even a percentage of their top producers become less appealing as end-user needs shift. In the course of the past 3 decades, those of us in IT and Telecom have seen seismic shifts. Household names relegated to oblivion. Market leaders have become fringe niche players at best and with their partner ecosystems have lived and died in their own ways. In many cases, their most loyal partners have diversified their offerings. Often adding dozens if not have a phone book worth of products on their line cards. With the pandemic, migration to the cloud (pure-play, SaaS, Hybrid, and Private), and an ever-increasing selection of offers to choose from now it’s the partners themselves who have become more opportunist.

If today you are running a Security, SaaS, Cloud, or the hot new disruptive thing kind of company odds are the “stodgy” world of telephony doesn’t seem like a close fit. However, they too were once the darlings of wall street, small business owners, and businesses everywhere. Look closer though and you see the impact of when markets shift, and end-user demand devolves. A quick look at the Telecom and Data company Nortel proves out a classic case. Its partners who were loyal and felt the brand was loyal in return, consistent, and added value to partners ultimately were forced to scramble as they watched the giant withered, became mired in accounting issues (scandals), and the death blow may have been the dot com meltdown in the early 2000’s as large infrastructure deals dried up. Eventually, they went on to get acquired by their biggest rival Avaya. Nortel was a dedicated channels company throughout. As was Avaya despite some of their own misgivings about their direct account lists along the way. It was a yearly version of this one’s mine at the very top tier but outside of that, they were predictable in most areas. Full disclosure I’ve run a partner or two that sold those products as well as worked for one of their leading distributors once upon a time.

But Enterprise and SMB telephony alike were faced with new competitors first in the Voice over Internet Protocol (VoIP), then Hosted VOIP Companies (Ring Central, 8×8, etc). These combined giants eventually found themselves in a rapidly changing market place. They didn’t do anything wrong the market changed on them and that is before we even mention cell phone impact.

Billion Dollar a Year Industries Born off Their Back

With no intention of singling them out now, other segments have been born, new firms flourishing in their space meeting the changing tastes of their end-user customers. Telecom is certainly one but other areas of tech are equally susceptible to it.

Looking at a slightly sexier space and model the world is racing increasingly towards cloud applications.  Microsoft Office 365 is certainly a leader and disrupting not only how email and their traditional suite of products get delivered.

On the other hand, though there are channel partners who have made very good livings and created personal wealth off the coattails of their major OEM brands. Sure there is the use of the word “partner” in titles, events, and on occasion earnings calls but the partnership with rare exceptions is a one-way street. The dog wags the tail, the creator of products and markets tells their partners what and how they are going to go to market.  Favorites are played. Deals are shifted for a variety of reasons, and as David Lee Roth once sang “That’s Life”.

The real value to Channel Partners is often the OEM brand and popularity itself. Simply put market share. Priming the pump with deals is an often employed strategy by some OEM is shifting deals to them to get their attention and commitment. OEMs are adding value to their channel partners.  In fact, they are charting a dangerous course, one of which partners are now wise to when their “OEM Partner” chooses to shift the business to a newer, sexier, or larger partner. Perhaps as a corporate strategy but equally if not more likely as a local action by channels or direct sales organizations.

The problem, with this whether originated by a channel organization or a direct seller from the OEM is it leaves the partners suspect of their OEM’s motives. Some are so arrogant they feel it is their business to give, take, and shift, and in many cases, the end users choice is presented to them.

The problem is meeting the needs of the embedded partner. Rules engagement should be clear but likewise, when deals are given to partners to get them interested in selling a line there has to be a deep engagement and follow-up. Otherwise, both parties will have acted opportunistically and not have laid the foundation for an ongoing long term business relationship.

So why aren’t partners as “in love” with their chosen brands. Loving only one technology, one set of offers, one eco system leaves them very exposed when the winds shift. No one stays on top for ever and partners are now placing their bets on the next set of front runners. You know the newer and sexier models that will love them for who and what they are…for a while.

Tim Kubiak is a Business Geek, Nomad, Aging Metal Head, Nerd, & Coffee Addict. Plus the only big guy at Hot Yoga. For over 25 years he's been building high-performance sales teams globally. With over 2 billion in lifetime sales in goods and services. Tim works as a coach mentor with Founders, Business Owners, Executives, and High Performing individuals to transform companies, bring new solutions to market and achieve their professional goals.

This site uses Akismet to reduce spam. Learn how your comment data is processed. 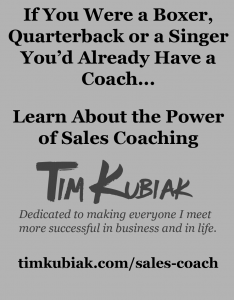 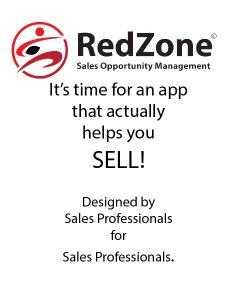 We’re here to help! Give us a Search 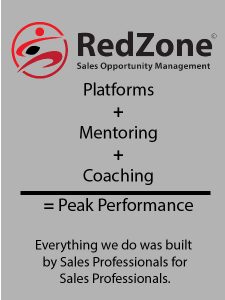